ON Saturday, November 21st Empower Mali officially inaugurated the JP’s Peace, Love & Happiness Academy of Moro Moro. The event was attended by the entire village of Moro Moro and special dignitaries like the Ambassador of India to Mali, HE Anjani Kumar.

With a population of 3700+ inhabitants, Moro Moro has a very young population with 44% between the ages of 6-18 years. The school structure consists of three fully equipped classrooms, 6 latrines and a directors office/storeroom.

Namory Coulibaly, representative of the association of young nationals of Moro-Moro in Bamako, stated “It has been years since the children of this village have traveled for miles due to the lack of a school to gain access to knowledge, exposed to all dangers: a blazing sun, storms and torrential rains, and kidnappings for ritual sacrifices. Whenever the children left the village for school at 20 km the parents began the prayers so that their children come back at night unharmed. This school relieves the children in the second cycle. Our children are suffering a lot because of the lack of classes. But today, thanks to Empower Mali, we have just inaugurated three rooms in a kit of 3 equipped classrooms, 6 latrines, and an office of the Director. This is a relief that marks the hope, a hope that will remain etched in the memories of the people of Moro Moro, “he said.
Thank you JP’s Peace, Love and Happiness for your continued investment in our children in Mali!! 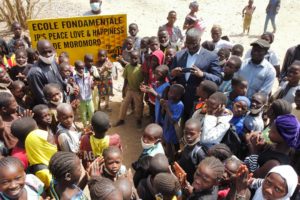 Thanks to a generous donation received from the Garbett Family[...]

A TRACTOR FOR SIKASSO

Empower Mali is very pleased to announce that a town[...] 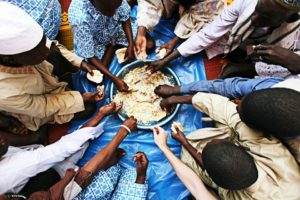 Mali’s Northern region has continued to be impacted by insecurity,[...]