Construction completed on the Karl and Erika Michel Academy of Ouelessebougou

The school consists of 3 fully equipped classrooms that will house 7th, 8th and 9th graders from the city of Ouelessebougou and its surrounding 44 villages that do not have their own middle school. The school also has a directors office and storehouse as well as separate toilets for boys and girls.

Ouelessebougou is a fast growing community and schools remain overcrowded. The school will have three classrooms that serve 150+ students from 7th to 9th grade in Ouelessebougou and neighboring villages.

This is BYAW’s fourth school construction. They have previously built 4 middle and primary schools in rural Mali in Ferekoroba (2013), Fanterila (2016), Dovong (2018), and repaired the middle school of the village Marako that had been damaged by a truck. (2017)

Thank you to the Michel Family and Building Youth Around the World for making access to education a reality for our children in Ouelessebougou!! 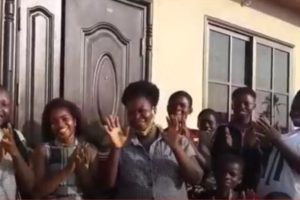 Teacher housing is an important infrastructure when our schools are[...] 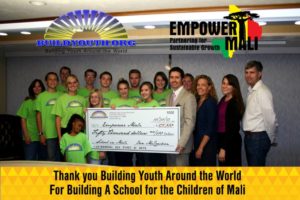 Building Youth to build a school and teacher housing!

To signify their continued commitment to supporting programs that increase[...] 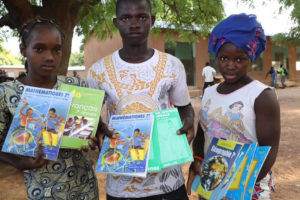 Textbooks for the Karl and Erika Michel Academy of Ouelessebougou